First sold devices for each system or OS in the Netherlands

The first phone that was not dependent on a cable was made in 1938. This is not taken into production by the war. After the war, the project “Mobile phone” (OLN) National Public Net, picked up again. The first was delivered in 1948.
Until a little after 1980, several manufacturers have created different devices. My oldest device is a Van der Heem made in 1952.

In 1980, became the first Auto Telephone network (ATF) operational. Of this type are only two different models sold in the Netherlands. The Castor and Pollux.
These devices yielded such poor quality that, probably after the second car telephone system (ATF2) became operational all these devices are quickly replaced. There are to my knowledge, only one copy each preserved at the “Muscom”. This is the National Museum for Communication.

In 1983 the second car telephone (ATF2) (also called NMT2) became operational. The Carvox series was introduced by PTT. The first was the Carvox 2451. From this model, I have only the handset. I have the successor Carvox 2452. After a little while produced Nokia the first portable device and sold by PTT the Carvox 2453. Manufacturer Nokia sold this under the name mobira. This model is in my collection.

In 1989, the third car telephone (ATF3) (also called NMT2) became operational. The higher frequency is capeble to have more channels. The mesh size is smaller. The advantage was that the devices could be smaller but more transmitters are needed. The first handheld came on the device market. The advertisement indicated that this was the first device that you could carry in your pocket. However, this is a very optimistic description.

In 1993, the GSM network operational. The official first device, the Pocket Line 8000.

The first device with the OS Palm in the Netherlands was the Handspring Treo. There are two different types, with a keyboard and with an on screen keyboard. I have both models.

The first Windows Mobile device in the Netherlands was the Qtek 1010. This device also sold with the first version of TomTom. I also have this model in my collection

The first Blackberry in the Netherlands was the Blackberry 6220. I also have this one in my collection.

The first iPhone is never been sold in the Netherlands. The first one officialy sold was the iPhone 3G. Before iPhone, Apple and Motorola has a partnership and sold the Motorola Rokr. The Motorola Rokr could use iTunes for music.

In 1982 Apple designed a telephone for the regular network with a touch screen. However its never being sold.

The first device that runs with Android and sold in Holland was the HTC G1. Android became a great succes becouse there is a lot of apps develept for all the factory’s that made Android phones.

In comparison to years before 2009 many new operating systems has been developed and sold, mostly based on Linux. Aliyun, Bada, Brew, GridOS, LiMo 4, MeeGo, Nucleus, Tizen, WebOSS and SHR. SHR is never been sold but must be downloaded en flashed by user. All those OS are very new therefor I don’t have devices of this types. I’am very curious how users think of these devices. Experian’s can be mailed to info@mobieltjes-museum.nl 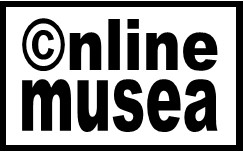